From the Study Hub to immersive workshops, 21 Gratitudes is home to all of Ya'acov & Susannah's online Movement Medicine offerings.
21 Gratitudes

Ya’Acov Darling Khan, the author of the best-selling Jaguar in the Body, Butterfly in the Heart (Hay House 2017) and Shaman (Hay House 2020), is known for his blend of down-to-earth strength, humility and humour. He is acknowledged as a practicing shaman by people who work with him world-wide and by indigenous elder shamans and communities from the Arctic to the Amazon.
Biography

Susannah’s being, work and life are all about connection: body, heart and mind; individual self with the community of life on earth; the manifest and the world of spirit. Susannah’s knowledge of the unique magic inside every single one of us supports others to dare to share our inner worlds.
Biography

We recognise relationship as spiritual practice. After all these decades of a potent cocktail of love and hate, seeing and blindness, hurting and healing, we have come to a new ground in the space between us. On this ground, we are discovering the delicate and demanding work of breaking the chains that have bound us to this ancient battle between feminine and masculine inside us, as well as between man and woman.
Our Relationship

Writing is powerful part of our lives, we have written four books including Ya’Acov’s best-selling Jaguar in the Body, Butterfly in the Heart (Hay House 2017), Shaman (Hay House 2020), Movement Medicine (Hay House 2009) and The Walrog.
Book Library

Music is medicine and at the music medicine shop we curate a spectrum of music that support journeys of healing and transformation through embodied movement and song. Between us we have created 10 CDs and we are proud to share them with you. Enjoy!
Music Medicine Shop

Join our growing community and stay up to date with all the latest news in the Movement Medicine world.

Jaguar in the Body, Butterfly in the Heart

Click here to order the book and get the first module of Ya'Acov's online course on the Shaman's Drum NOW for free. If you wish to buy the rest of the course, it is available at a special rate of £40 (normal price £55).

Please full out the
Green Registration Form
below (include your Amazon order number) to claim your discount.

‘Shaman’, meaning ‘intermediary between spirit and the natural world’, has become a much overused word in the West. It’s not a job title one can give oneself, and in indigenous societies, a shaman is usually born to this role. Ya’Acov Darling Khan is one of the few westerners who have been acknowledged as shamans by indigenous elders or teachers.

After being hit by lightning, Ya’Acov took a 30-year journey into the heart of shamanism to seek his own healing, and to learn how he could serve others with the wisdom he acquired through his experiences. He has studied with indigenous teachers from the Arctic Circle to the USA and South America, and has taken part in ceremonies in such diverse locations as Welsh caves to the depths of the Amazon rainforest. Nowadays, Ya’Acov continues to study and regularly journeys to the Ecuadorean Amazon to work alongside the Achuar and Sápara people.

For thousands of years, shamans helped the people in their communities remain in balance with themselves, each other, the natural world and the spirit world. This beautifully written book is not only a powerfully honest, humorous and inspiring memoir, but a guidebook for those from many cultures and walks of life wishing to return to their indigenous roots, and be part of midwifing a more benign human presence here on Earth as part of a new dream.

“Jaguar in the Body, Butterfly in the Heart is a magnificent adventure story that travels like an arrow right into the heart of what it means to be a conscious human being. And like all stories told with unflinching honesty and humility, this one has the potential to heal the reader. And help him or her remember who they really truly are.”
– Dr Christiane Northrup, ob/gyn physician and author of the New York Times bestsellers ‘Goddesses Never Age’, ‘Women’s Bodies, Women’s Wisdom’ and ‘The Wisdom of Menopause’

Listen to a preview

From a young age, Ya’Acov has been drawn to the down-to-earth connection with the spirit world that shamanism invites. He has pursued this yearning throughout his adult life, studying and practicing with many gifted teachers around the world. He has been recognised as a practicing shaman (*) by Elder Shamans from the Sami (European tradition), and Achuar and Sápara peoples of the Amazon. His Movement Medicine workshops are inspiring, empowering, contemporary and practical and are attended by people from all walks of life.

Ya’Acov’s creations include the CDs: Movement Medicine CD 1 (with Susannah). You can hear him on the Long Dance CDs 21 Gratitudes and Another 21 Gratitudes. His second book, Jaguar in the Body, Butterfly in the Heart – the 21st Century Initiation of an Everyday Shaman, will be published by Hay House in the Spring of 2017.

(*) Ya’Acov writes: ‘Shaman’ means traditional healer. It is a much over-used and maligned word and I use it with caution. It is not something that one can call oneself. It is a vocation and a student is traditionally given this ‘job title’ by their elders and teachers at a certain point in their journey. As with any vocation, one initiation is just the preparation for the next. 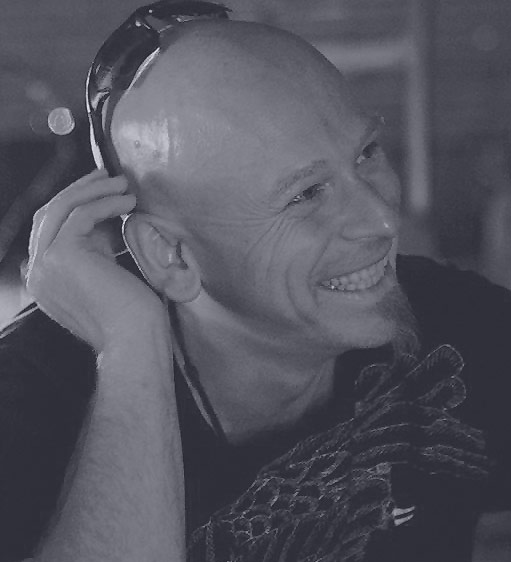 Read an extract from Jaguar in the Body, Butterfly in the Heart

Movement is Medicine.
Movement is Life.
We support
The Pachamama Alliance and the
Movement Medicine Sponsorship Fund